Season 1 in the Hold On! Trilogy.

Corporate secretary, Belinda Reese, finds herself trapped in an inferno when her office building is attacked by apparent terrorists. However, she is rescued by mysterious interloper, Brandon Drake, an AWOL soldier. Using an advanced, experimental aircraft, he flees with her to his hidden cabin in the mountains of Aspen. There she learns his story – he’s a man on a mission to thwart a corrupt, government conspiracy.

Brandon and Belinda’s feelings for one another soon deepen. When they attempt to flee from America, they discover that now, Belinda too, has become a target of the conspiracy. A nightmare is unleashed upon them as the police, assassins, and government agencies drive them into relentless perils. Brandon’s combat training and stolen weaponry are challenged to the limit in the face of overwhelming odds; a devastating, reality-shaking discovery further hampering his plight.

Shocking twists and cliffhangers take the two lovers on a journey through the first installment in this high-tech action, romantic thriller series.

​The Origin of Hold On!
In early 2010, I had an idea to write a novel that I hoped would capture all of the elements that made a story compelling. I wrote virtually all of it to my favorite type of music - AOR/Melodic Rock - which also inspired the title. "Hold On" is the most often-used song title in the AOR genre, and it also fit perfectly with the term 'cliff-hanger.'
Cliffhangers are the key to creating a page-turner, and in the original draft, each of the twenty (long) chapters ended on one. As I went through the development process, I learned that thrillers today are required to have much shorter chapters. Ultimately, Hold On! ended on forty-seven. Finding new break points in the chapters made it extremely difficult to maintain unanimous cliffhanger endings. However, I do feel that we ended up with a pretty respectable batting average. Around forty of the forty-seven end on scenes of nail-biting hopelessness, gnawing questions, or bombshell revelations.

There is a clear romance sub-plot in the story, and the antagonists have very current, cultural relevance. Conspiracy theories are extremely popular today, and although I can't take them seriously in my real life (until someone can show irrefutable evidence for them) I do feel that fiction is an appropriate media for them. Conspiracy theories also lend themselves to an endless number of cliffhangers, as shown in hit television shows such as Prison Break and 24.
​
Hold On! is primarily a love story about two people who are on a quest to live their lives free, away from the trappings of convention, and the oppression of authority figures. The police, a corrupt faction of Homeland Security, and the fact that our heroine, Belinda, was sexually abused as a child by a priest, all combine to ask the questions: is authority valid? And if so - who can possibly impose it? (It's food for thought.)

It is a unique tale in its own right, but during the early days when I asked some of my friends to read it, they all came back with one opinion in common: "This would make a terrific TV series." This caught on, and eventually wound up on the cover of the book.

My original idea was for it to be a single stand-alone thriller. I had no concept of a sequel, however, the ending did leave it open to the possibility. When I started to receive notable interest in the project, I began working on Go! - Hold On! Season 2.

Now that the bitter contentions with my former publisher have been resolved, I have come away owning all rights to the series. With the ability to self-publish, I am overjoyed to have been able to take the series to heights I'd never before imagined.
​
Official Reviews 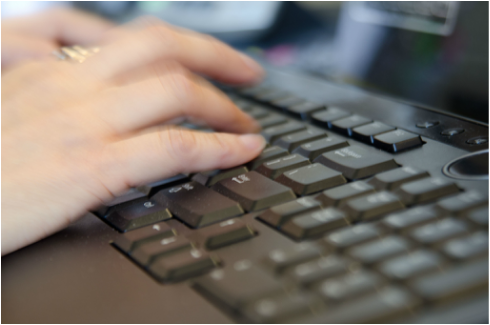