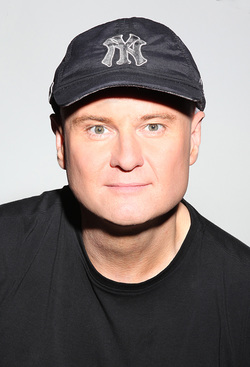 When one is an unknown writer of fiction, with virtually no author platform, the journey to publication will be daunting. The odds of acquiring a successful break are comparable to winning the lottery. Almost all publishers and literary agents, individually, receive approximately 10,000 query letter submissions each year. Of those 10,000 - they look to take on only three or four manuscripts.

Hold On! has a history steeped in as many cliffhangers as there are in the story. I would incur approximately 130 rejections before Hold On! was finally signed, although it was accepted four times during that time.

So what went wrong in the interim? And why did I need four successes before a contract was signed? Here’s where the cliffhangers REALLY began.

Hold On! first attracted the interest of an agent in Florida, who told me it would take her five to six months to get to it. However, she was very understanding, and encouraged me to find a publisher in the meantime. If I was successful, she asked only that I let her know.

A few weeks later, a publisher in Michigan literally pleaded with me for Hold On!. Having a 'bird in the hand', I let them have it.

Almost a year later, the publisher folded - a week before Hold On! was due to go to press. I immediately contacted the literary agent in Florida again, only to discover that she had now retired.

A week later, it was tentatively picked up by Writer's Coffee Shop in Australia (the publishers who first published Fifty Shades of Grey.) We worked together on the project for four months, during which time, some key plot lines were removed from the manuscript. And then suddenly - silence. There had been no contention between Writer’s Coffee Shop and I. No disagreements. No arguments. Nothing! They simply ignored all of my emails with no explanation.

In October 2013, after a mere five more rejections, Hold On! was snapped up by a publisher in the USA. (I am compelled under contract not to name them.) It had finally ended its two year journey from Central England, to Florida, to Michigan, to Australia, to ultimately land in New York.

In February, 2015, the series was cancelled due to a conflict with my publisher. After a harrowing split, I purchased the rights to the series. Armed with knowledge of publishing and marketing I acquired during my time with my publisher, along with my own editorial team and graphic designer, the books were now back in my hands. At the conclusion of its first major promotion under my own enterprise in May, 2015, Hold On! reached #1 in every Amazon book category.

Within six months, I brought the complete Hold On! Trilogy to my readers, but it had been such a harrowing experience, I'd decided to throw the towel in on it all.

And then . . . something extraordinary happened. In June, 2015, just for my own amusement, I'd released Hold On! - The Soundtrack on Youtube - and forgot all about it. It was just snippets of the songs that had driven the book. One of the songs in the soundtrack video was "Highway of Love" by Shining Line. The mastermind behind Shining Line, Pierpaolo "Zorro 11" Monti, contacted me, and I was blown away. Pierpaolo proposed writing and producing the official theme song to my next book. It was an extraordinary offer, but there actually was a 'next book' I had in mind. I'd left snippets in a scene at the end of Run! - Hold On! - Season 3.  I had no idea what it would be about. It was just fragmented ideas in my mind.

My relationship with Pierpaolo led to my introduction with a rock legend, who, as it turned out, was my virtual neighbor. Nick Workman - the lead singer of international rock band, VEGA.

Nick and I met for a beer. I told him about my experiences in the writing world, and my story inspired his song, "White Flag", which became the flagship single from Vega's fourth album, Who We Are.
On October 1st, 2016, I released the new novel,  Hold On! - Tomorrow, a stand-alone 'next generation' spin-off of the original trilogy, which broke historical ground. The book's release coincided with the release of its theme song, "Gotta Get Away" by Charming Grace (feat. Nick Workman) - the first song in history to have been written FOR a novel. It's featured on the album, We Still Rock - The Compilation from Tanzan Music. (The video for the song can be found on the Hold On! - Tomorrow page of this site.)

On October 27th, 2016, I was interviewed about my writing career on an episode of the BBC Radio show, In Depth.
​
Powered by